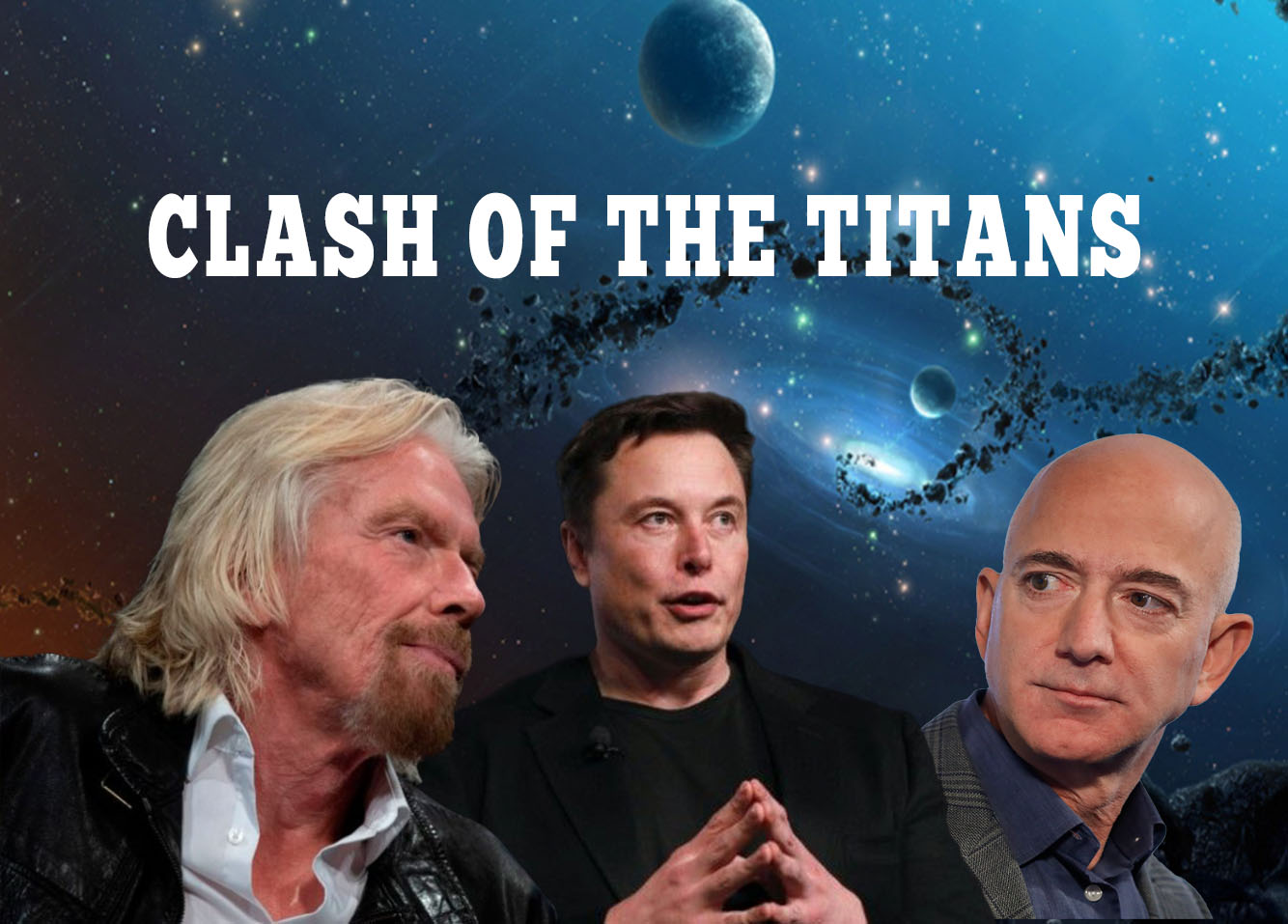 FAA Clears Virgin Galactic to Fly Passengers to Space - Will They Be First?

With the monumental news last week that  the FAA has granted official clearance to Virgin Galactic to begin passenger flights to outer space, Sir Richard Branson is in a race with two other billionaires to be the first to take tourists into space.

Jeff Bezos, the founder of Amazon and Blue Origin, and fellow billionaire Elon Musk, CEO of Tesla and SpaceX, are scrambling to take the title.

As you may know, the very first ticket on Sir Richard Branson’s Virgin Galactic was purchased in 2004 by yours truly, Ken Baxter!

The competing technologies are not even close making a large difference in the launch. The Bezos and Musk crafts rely on more traditional technology pioneered in the 60’s and a whole lot of fossil fuel…at least 30,000 gallons.

The Blue Origin and SpaceX crafts will get you where you want to go, though it does seem they were designed for carrying cargo and personnel without the traveler’s comfort and experience as a priority.

Virgin Galactic launches begin with a smooth runway takeoff before the spacecraft and mothership climb together to just over 10 miles. Once past the thickest layers of atmosphere, Virgin Galactic  ships don’t require huge amounts of fuel to reach space.

You will quickly see the difference after watching the video above featuring spectacular footage of the May 22, 2021 launch. Virgin Galactic’s VSS Unity spaceship completed the first-ever human spaceflight from Spaceport America, New Mexico, with two pilots reaching apogee at 55.45 miles above ground.

Virgin’s plans also include expansion of the payload business model in addition to providing a luxurious and comfortable passenger environment.

The lastest craft from Virgin is the VSS Imagine pictured above. Finished entirely with a mirror-like material, it reflects the surrounding environment, constantly changing color and appearance as it travels from earth to sky to space. Along with providing thermal protection, this dynamic material is naturally appealing to the human eye, reflecting our inherent human fascination with space and the transformative experience of spaceflight.

“ We are at the vanguard of a new industry determined to pioneer twenty-first century spacecraft, which will open space to everybody — and change the world for good.” – Sir Richard Branson, Founder, Virgin Galactic 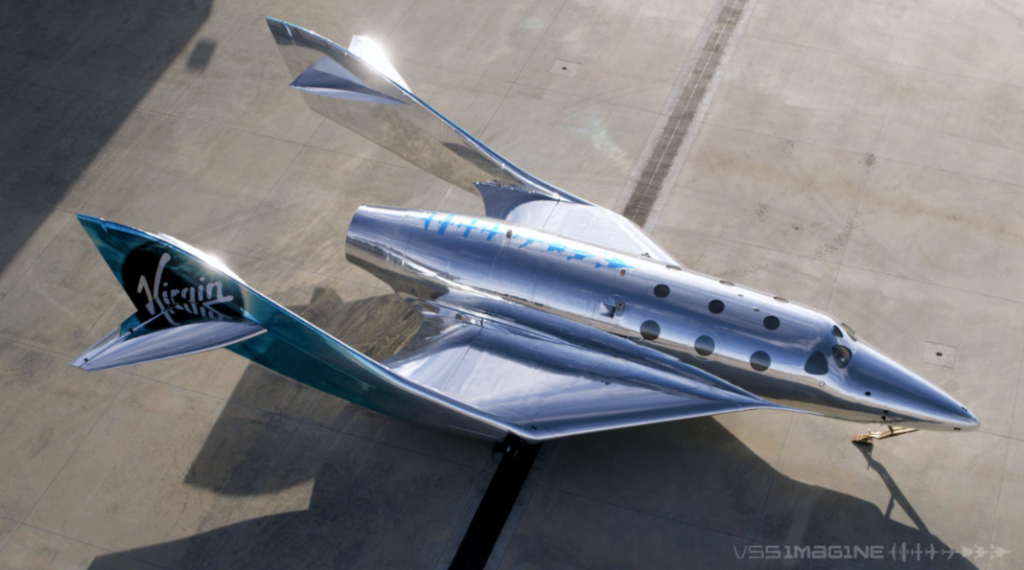 As for 21st Century’s race for space the Daily Wire reports:

“Virgin Galactic hasn’t announced when its next spaceflight will be, but there’s speculation the company will try to launch Branson to space before Amazon CEO Jeff Bezos makes his trip to the edge of space on July 20,” the New York Post reported.

Space blog Parabolic Arc reported earlier this month that “Branson’s flight would take place about two weeks before Bezos, his brother Mark and the winner of an online auction are scheduled to board Blue Origin’s New Shepard vehicle for a suborbital flight on July 20. It will be the first crewed flight of New Shepard, which has flown 15 times with no one aboard.”

Only time will tell who will be the first to provide the world’s first commercial space tourism flight, but my money is on Sir Richard Branson to take it over the finish line.

The Cabin Is Revealed!